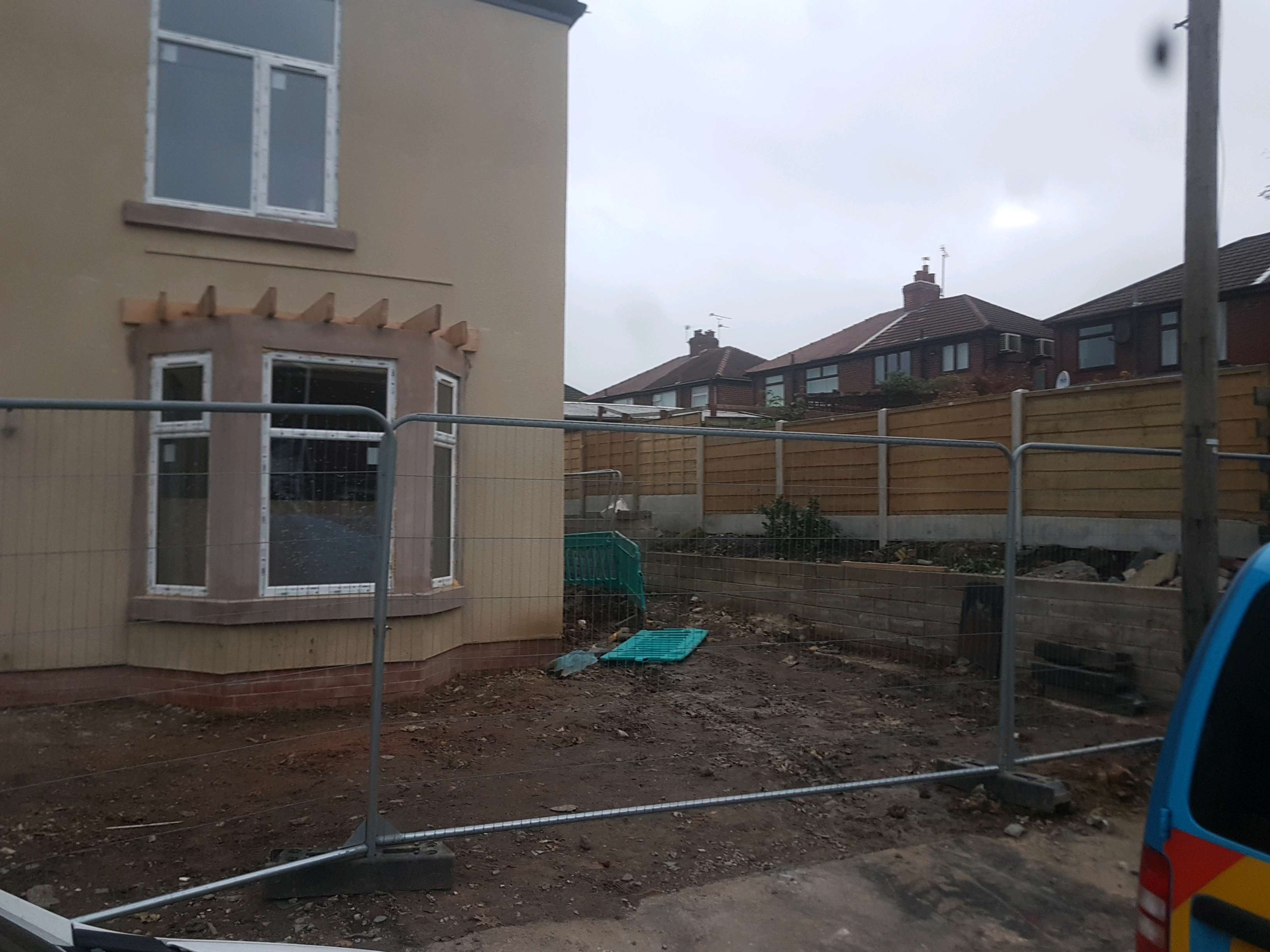 Based on the findings of a phase 1 desk study carried out by another consultant, it looked as though the owner of this development going to have to carry out a phase 2 borehole investigation and install ground gas monitoring wells.

It had also been proposed to undertake groundwater investigation via the installed wells.

This level of phase 2 investigation had been recommended on the basis that a potential contamination source had been identified north of the development, where a cotton mill has historically been situated. A former sandpit was also identified approximately 170m north.

The mill ponds/reservoirs and sandpit had become infilled with unknown material; possibly waste. It is well known that decomposing material within such fill tends to produce hazardous gases such as methane, carbon dioxide and hydrogen sulphide. The crucial point here is whether such gases are currently being produced, and how mobile they might be.

It was also suggested that groundwater may have been contaminated and migrated beneath the development, and should therefore be investigated.

A further hazard was identified in that surface soils within the garden to the property were likely to have been impacted by activities associated with the mill, or its later demolition and general redevelopment in the area.

The project was a very small development, with an additional two bedroom house being constructed on the end of an existing terrace. As costs for the proposed borehole investigation seemed disproportionate to the development, it was decided to get a second opinion. Fortunately, the developer was referred to Adeptus via the project structural engineer.

Further details of our land contamination, drainage and other services can be found here.

Upon reviewing the existing report and the site setting, we immediately identified opportunities to refine the conceptual model and risk assessment. This would enable a more cost effective, limited scope of phase 2 contamination survey.

In our view, the age of the infilled pond features north of the site would generally imply decreasing current gas generation rates, and therefore a moderate potential hazard.

Further to this, it was also noted that geological records indicated the site and area within 50m north to be underlain low permeability cohesive glacial clays, which would be expected to limit potential for ground gas migration considerably. The client's existing phase 1 report went on to state that permeable pathways such as discrete sand or gravel lenses potentially present within the clays may allow gas transmission.

Early in the process we identified that the client was also required to undertake a percolation test to establish whether soakaway drainage was feasible for the site. Crucially, this provided an opportunity to utilise the soakaway test pits to inspect the underlying clay to establish their nature and thickness. The test itself would also provide a direct measure of local ground permeability.

The client subsequently appointed Adeptus to carry out an exploratory phase 2 site investigation based on a much narrower scope. We were also appointed to carry out a sustainable drainage systems (SuDS) assessment, BRE 365 percolation test and subsequent drainage strategy and drainage design.

Adeptus were able to mobilise a single team to excavate the soakaway test pits and also undertake the soil sampling to establish data for human health risk assessment.

With the use of a mini excavator, soakaway test pits were advanced to 1.5m below ground level. The clay was found to be cohesive and very stiff, with considerable effort required to reach the target depth. No significant permeable lenses or horizons were noted in the excavations.

The pits were filled with water and left for 24 hours to drain in preparation for the timed percolation test to take place the following day, in line with BRE digest 365. Upon our return to site it was found that the water levels had barely fallen below 3/4 of the filled level, indicating the superficial clay to be of very low permeability.

This clearly rendered a soakaway/ infiltration field infeasible, and the developer was therefore granted permission to connect directly to the adjacent surface water sewer under a united utilities agreement.

The following also provided evidence that a pathway for significant gas migration toward the new property was highly unlikely:

Given that the potential source of ground gas was also mitigated by a number of factors, the the local planning authority accepted that the risk from this source was indeed low, and a borehole investigation would not be required.?Ground gas protection measures were also not required.

The stiff glacial deposits encountered in the test pits were designated as undifferentiated layers (non aquifer), and direct inspection of these confirmed that there would a very low risk both to and from groundwater. This meant no further investigation was required in respect of groundwater linkages.

As a reduced levels dig had been undertaken across the site, sampling was directed towards three remaining areas of topsoil, which were noted to contain foreign material such as brick and pipe fragments. Validation samples were also taken from the newly exposed glacial clay at the surface.

A generic quantitative risk assessment (GQRA) was undertaken by comparing laboratory testing results with published screening criteria (GAC) for residential use. The GQRA confirmed that lead and dibenzo(ah)anthracene exceeded GAC in one sample from soil in the rear garden area, and lead above GAC, as well as trace asbestos fibres in the soil sample from the front garden/driveway area.

A simple solution was developed address to the contaminated topsoil. This involved removal of the small volume of topsoil remaining in some areas, and disposal off-site.

It was emphasised that all topsoil and any other material containing brick, slate, tile, wood or stone fragments must be stripped from the site to reveal the clean underlying clay, and disposed off-site accordingly. Suitable health and safety measures would also be required to protect operatives and adjacent residents during the works.

Although the development was already substantially complete, Rochdale allowed retrospective discharge of the pre-commencement planning conditions upon submission of our reports.

This was a fortunate outcome for the developer. If a significant risk had actually been present in respect of ground gas or groundwater, this could have been very difficult, and certainly costly to address with the building already completed. Gas protection measures are typically 'built-in', and retrofitting these is less than ideal.

Can we assist with your project? You can find further details about our services or request quotes here. With regional offices close to key motorway networks in the northwest, midlands and southeast, we have all requirements covered.