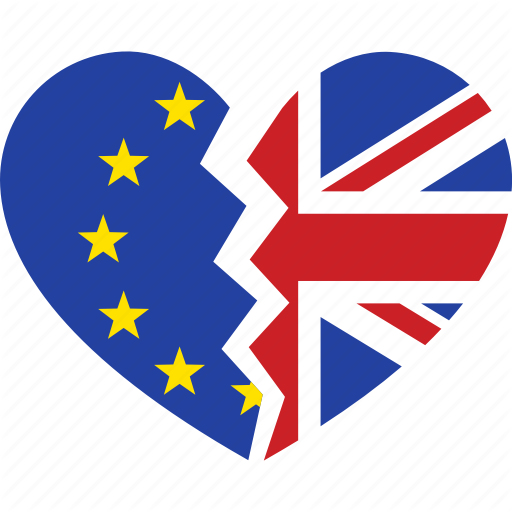 Whether you?re a Brexiter or Remainer, there can be no doubt that the Brexit decision has led to uncertainty in a number of areas, including that of environmental regulation. The government will have to decide which EU environmental directives will continue to be applied via UK law, and which (if any) it wishes to discard. From newt protection to used tyre recycling, there is as yet no clarity as to the future direction of UK regulation. However, the environment industry cannot afford to stand still. It is clear that UK environmental firms will have to rise to the challenge of continuing to sell their expertise abroad, both within and outside of the EU.

It seemed that the vast majority of those actively involved in the sector were hoping for a Remain vote, and perhaps in turn that the bulk of EU legislation would continue into the future. Although this wasn't to be, in the short term, there remains little prospect of change: the UK government has shown itself in no great hurry to trigger Article 50 and begin the process of withdrawal, having stated that it will not do so until 2017.

The chair of the Environmental Audit Committee of the House of Commons, Mary Creagh MP (Labour), has recently written to Brexit secretary David Davis and Environment Minister Th?r?se Coffey to ask that they clarify their policy towards EU environmental law. She writes that the committee consider that, as a minimum, existing EU environmental law should be enshrined into UK law. The letter also states that the UK low carbon and renewable energy economy was valued at ?46.2 billion in 2014 (Office for National Statistics figures), so the government needs to demonstrate a ?commitment to environmental protection? in the context of Brexit negotiations.

Matthew Farrow, EIC (Environmental Industries Commission) executive director, was quoted in an Environment Analyst special report on Brexit as saying that Brexit gave an opportunity to sell environmental goods and services more strongly outside the EU, and this was a sector where Britain had a good international reputation. He stated that basic problems affecting the UK, such as flooding, land reclamation, and air and water quality, would still be present, even if they were dealt with in a somewhat different manner. Environment Analyst are organizing the ?Environment Analyst Business Summit? at 1 America Square London on Wednesday 28th September. Discussion of the likely effects of Brexit is an important item on the agenda.

In the short-term, the prospect of a decline in the construction sector may hit the environment industry. The construction industry seasonally-adjusted PMI (purchasing managers? index ? a measure of activity) fell from 51.2 in May, to 46.0 in June and then to 45.9 in July, indicating contraction in the sector. Uncertainty tends to lead to projects being delayed, so a reduction in activity is no surprise. It is too early to say whether indications of a decline are just a blip, or the start of a more serious downturn in the sector.

For consultancies with a significant international business, any domestic reduction in activity may be compensated for by the weaker pound, which will make them more competitive abroad. More generally, if the pound stays weak for a long period of time, exporters have an opportunity to thrive, while companies that rely on reselling imported goods may end up with lower profits.

Many in the environment industry consider that environmental legislation arising from EU directives has been an overall success, leading to a cleaner UK environment. EU directives have covered a wide variety of environmental areas, such as clean beaches, air pollution, waste and recycling, and protected species. Of course, we can never know what legislation would have been passed in Britain if the UK had never joined the EEC in 1973, so the effects of EU membership can never be known for certain.

At a recent meeting of the Aldersgate group (a sustainable business alliance), Caroline May, a partner in law firm Norton Rose Fulbright, noted that there were over 800 pieces of legislation regarding Environmental law that will need to be reviewed as the UK leaves the EU. She stated that there was an opportunity to implement less cumbersome and bureaucratic legislation. However, she also noted that it was important that the government did not use Brexit as a means of avoiding action in difficult areas, such as air pollution.

It is possible that in the long-term the government will seek to align environmental legislation with the UK?s specific problems and also with its own priorities, so that UK law will no longer mirror EU regulations in all areas. It may be that future regulations focus more on preserving habitat and ecosystems, with less focus on specific European-protected species. Is one pond necessarily of much greater value than another merely because it contains a particular species of newt? What about all the other species within the ponds?

However, many conservation organisations are very much opposed to any changes that smack of a weakening of environmental protection. The director of the Green Alliance charity, Matthew Spencer, has written that the government should pledge to either meet or exceed all EU environmental standards and targets on carbon reduction. He would also like to see a new UK Environment Act, action to help small-scale farms and fisheries, a zero carbon industrial strategy and the breaking up of the treasury. It is unlikely that all of these ideas will be implemented in practice.

Farm subsidies are another area which may have a long-term impact on the environment. Although the government has pledged to match EU farm payments, they cannot bind their successors. It may be that eventually cash-strapped UK governments decide to divert money from farming to other areas of public expenditure, which will have profound implications with regard to land use. The National Trust has called for all farming payments to be linked to improving habitat for wildlife. The EU regime has given rise to large farm subsidies, but has also seen a decline in wildlife. For example, many species of farmland birds have undergone significant reductions in numbers over the past few decades.

The EU has ambitious plans for a ?circular economy?, which were put forward via the 2015 ?circular economy package?. The aim is to boost recycling and cut waste. However, much of the associated legislation has still to be finalised. It is not clear to what extent the UK will implement any EU laws on recycling.

The EU will be concerned if UK environmental standards are lowered too much. Some UK pollution, such as polluted air, has the potential to affect EU countries. The prevailing winds in the UK come from the west, so tend to carry air-borne pollutants onto the continent, as was seen with acid rain in the 1970s. More generally, it is not clear whether the EU would insist that the UK upholds EU environmental standards as one of the conditions for a trade deal. In practice, they might only be concerned if the lowering of standards gave UK industry a competitive advantage.

Consultants will need to ensure that all their clients keep abreast of any changes to legislation. Although no rapid changes are expected, it is likely that in the future UK environmental legislation will gradually diverge from that of the EU.

It is too early to say what changes Brexit will mean for energy policy. The government is currently reviewing the proposed Hinckley Point C nuclear power plant, which has a construction cost of ?18 billion (with possibly a much greater total cost, due to guaranteed prices for electricity from the plant). The future direction of energy policy should be somewhat clearer when a decision is made. Despite the huge cost, some commentators feel that giving the go-ahead for Hinckley Point would send a positive message about the UK business environment. However, whether the government goes for Hinckley or other low-carbon schemes, such as tidal barrages or smaller nuclear plants, it will be many years before any of this new capacity comes on-stream. Extra generating capacity is needed as coal is phased out and old nuclear reactors come to the end of their lifetimes. Thus, there may well be greater uncertainty of supply in the future. Toby Parker, CEO of energy consultancy Sustain, was quoted in in the Environment Analyst special report on Brexit as saying that there was currently increasing investment in local generation schemes. He considered a rise in energy prices as inevitable.

The government is continuing to set future carbon budgets, with the 5th carbon budget (2028 ? 2032) having being set recently. Carbon reduction policy seems to be continuing along the same lines as before the EU vote. However, exactly how all this low carbon energy is to be generated remains to be seen. It?s easier to make pledges for the distant future than to act in the present day.

The fundamental dilemmas of energy policy remain: how to secure reliable supplies of energy, at a competitive cost, while simultaneously reducing carbon dioxide emissions. Many forms of energy, including fracking, nuclear power and onshore wind power, can give rise to large-scale public opposition, which may impact on future policy. The use of nuclear will require action on long-term waste storage, presumably involving underground storage sites. Hard political decisions will have to be made, which previous governments have been all too happy to avoid.

Prospects for industry and the environment after Brexit

Prior to Brexit, the UK economy looked in reasonable shape, with 0.6% GDP growth between April and June 2016. The government hopes that by adopting a more flexible and adaptable approach to trade and industry that the UK can prosper outside the EU. Political and economic stability will be key factors in helping the UK survive Brexit. Clouds on the horizon include the possibility of another Scottish independence referendum, which would certainly cause disruption should the vote go in favour of Scotland leaving the UK. The recent bid by Japanese firm SoftBank for Cambridge chip designer Arm is seen by some as evidence that the UK remains an attractive place for foreign investment. It is likely that the current weakness of the pound was one reason why SoftBank decided to go ahead with the bid. If this weakness continues, other foreign companies may decide to invest by buying existing UK businesses.

Innovation in environmental fields, such as brownfield reclamation, construction methods and environmentally-relevant new technologies, would help UK industry prosper, and may also help keep it trading successfully with the EU. More generally, innovation is essential for the UK?s economic future, since it can give rise to high-value companies, such as Arm, and provide many skilled jobs.

Several major decisions need to be taken, not least on energy policy. Detailed environmental legislation, covering the nitty-gritty of environmental practice, will doubtless be a long time in coming. It remains to be seen whether this will largely be a case of continuity, or whether the government will use Brexit to significantly change the existing framework of environmental regulation.